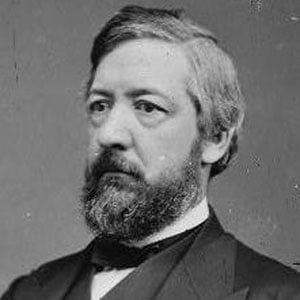 19th century Republican politician from Maine who served as a US Senator from Maine from 1876 to 1881. He also the 28th and 31st Secretary of State under Presidents Garfield and Harrison, respectively.

He was a professor for Western Military Institute, teaching math and ancient languages.

He served as the thirty-first Speaker of the United States House of Representatives from 1869 to 1875.

He was the Secretary of State for President Benjamin Harrison from 1889 to 1892.

James G Blaine Is A Member Of