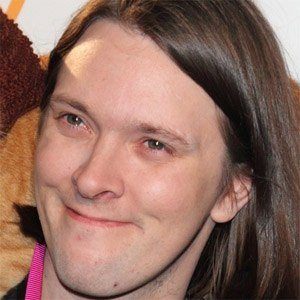 English author and London street performer who co-wrote two international bestselling memoirs: A Street Cat Named Bob and its sequel, The World According to Bob.

In 2007, he first encountered his beloved cat, Bob (the subject of his popular books), in the streets of London.

A schizophrenic, manic depressive, and heroin addict, he suffered bouts of homelessness.

Born in Surrey, England, he briefly lived in Australia with his mother following his parents' divorce, returning to his native country in the late 1990s.

He and popular comedian Eddie Izzard both started out as London street performers.

James Bowen Is A Member Of