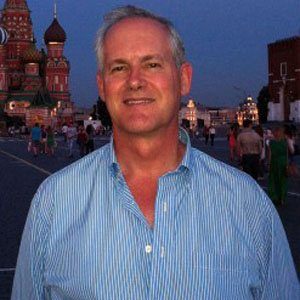 Best known as the lead Russia-based reporter for the United States government's Voice of America broadcast, this journalist also worked for the Bloomberg international television network and had a two-decade-long career as an overseas reporter for The New York Times.

After earning a bachelor's degree in Latin American Studies from Yale University, he worked for The Berkshire Eagle in Massachusetts and for The Miami Herald in Florida.

In the 1980s and early 1990s, he held New York Times bureau chief positions in the Ivory Coast and Brazil.

Early in his career, he worked as an assistant to New York Times journalist James Reston.

James Brooke Is A Member Of