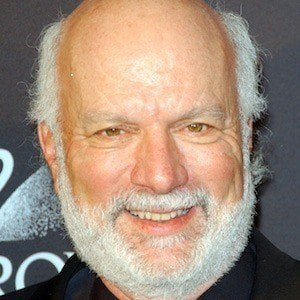 Veteran television director with more than 50 TV pilots to his name who co-created the NBC series Cheers. He directed every episode of Will & Grace and is also notable for directing Taxi, Friends and Frasier, among numerous other classic sitcoms.

He is an alumus of Oberlin College and Yale School of Drama. He worked as a dialogue coach on O.K. Crackerby! before becoming an assistant stage manager for the play Holly Golightly where he met Mary Tyler Moore.

NBC aired a tribute called Must See TV: An All-Star Tribute to James Burrows in February of 2016. He was nominated for an Emmy Award every year between 1980 and 2005, except for 1997, on his way to winning 10 of them in addition to 4 Directors Guild of America Awards out of 15 nominations.

He was married to Linda Solomon from 1981 to 1993 with whom he had three children. He later married Debbie Easton. He is the son of playwright and director Abe Burrows.

He directed John Mahoney in Frasier, and in a 1998 adaptation of the play The Man Who Came to Dinner.

James Burrows Is A Member Of