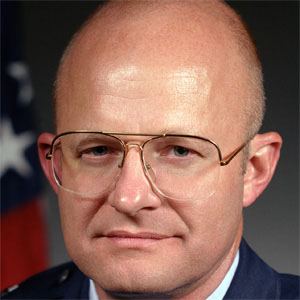 American military officer and civil servant who was named U.S. Director of National Intelligence in 2010. He had previously served as Under Secretary of Defense for Intelligence.

After graduating from the University of Maryland, he attained the rank of Lieutenant General in the United States Air Force and was awarded numerous medals, including the Bronze Star and the Air Medal.

He was named Director of the Defense Intelligence Agency in 1991 and was the first civilian to hold that position.

He married his wife, Sue, in 1965. They had one daughter together.

He was appointed Director of the Defense Intelligence Agency by U.S. President George Bush .

James R. Clapper Is A Member Of