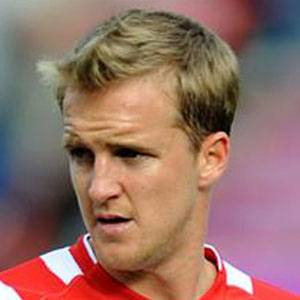 Attacking midfielder who joined the Doncaster Rovers in 2004 after spending two years with Exeter City.

He was sent on loan to Hartlepool United and the Queens Park Rangers during his time with Newcastle United from 1998 to 2002.

He was born in Guisborough, England.

He and fellow midfielder Dean Furman became teammates on the Doncaster Rovers.

James Coppinger Is A Member Of