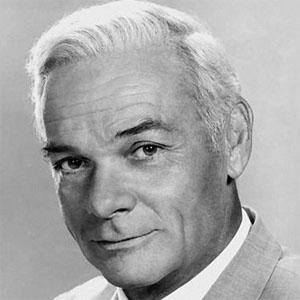 He studied music, drama, and arts in college, and upon graduating, landed a major role in the TV series, Foreign Intrigue.

He was also the face of Camel Cigarettes on television for several years.

He was married to actress, Hope Newell for close to 25 years; they divorced in 1965.

He appeared in the memorable Requiem for Methuselah episode of Gene Roddenberry's series, Star Trek.

James Daly Is A Member Of