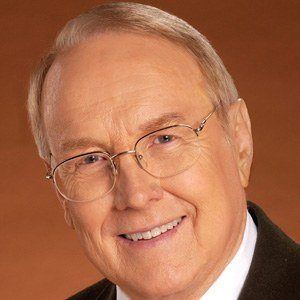 A psychologist, evangelical Christian, and author of religious self-help books, he also founded Focus on the Family, a conservative nonprofit organization. His published works include Straight Talk to Men (2000) and When God Doesn't Make Sense (2001).

He earned a doctorate in psychology from the University of Southern California and combined his academic expertise with his religious faith to publish Dare to Discipline (1977), a book promoting the use of corporal punishment.

Though never an ordained minister, he became a leading evangelical Christian.

He was born to a religious family in Shreveport, Louisiana. He married Shirley Dobson in 1960.

Like televangelists Billy Graham and Pat Robertson, Dobson was vocal about his faith and his conservative politics.

James Dobson Is A Member Of