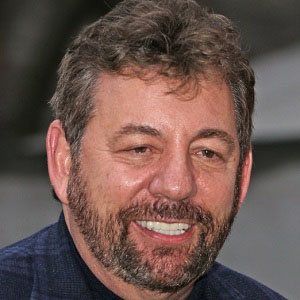 American businessman most famous for being the Executive Chairman of The Madison Square Garden Company. He has also served as the President and CEO of Cablevision, which was founded by his father.

He attended SUNY New Paltz and struggled with drug addiction during his early adult life.

He is the singer for the blues-rock band JD & The Straight Shot.

He married a woman named Kristin. His uncle is Larry Dolan, owner of baseball's Cleveland Indians.

He has been widely criticized for many of his decisions in managing the New York Knicks, including the hiring of Isiah Thomas as the team's GM and President of Basketball Operations.

James L Dolan Is A Member Of