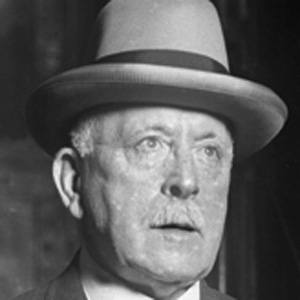 The author of the famous Studs Lonigan trilogy, he drew inspiration for his lower-class Chicago Irish immigrant characters from his own life experiences. His other works include Calico Shoes and Father and Son.

He attended the University of Chicago. He published his first novel, Young Lonigan, in 1932.

He was a member of the Socialist Workers Party.

Born in Chicago, Illinois to an impoverished Irish immigrant family, he was raised by his grandparents. He was married twice; his second wife, Hortense Alden, was a popular stage actress.

He was an inspiration to famed author Norman Mailer.

James T. Farrell Is A Member Of