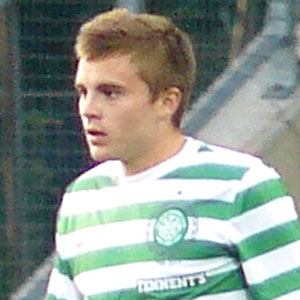 Winger known for explosive runs, energetic style, and finishing skills who debuted for Celtic's senior team in 2010 and for Scotland's national team in 2011.

He played tennis growing up and was approached to play at Prestwick Tennis Club, but he turned down the offer to focus on soccer.

He played for Scotland's under-19 and under-21 national teams.

He grew up in Prestwick, Scotland.

Midfielder Scott Brown said Forrest was the best player to come out of the Celtic youth program since winger Aiden McGeady.

James Forrest Is A Member Of