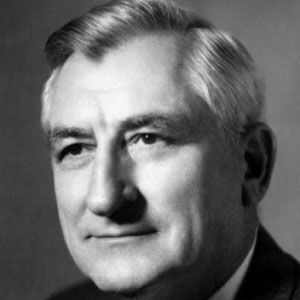 Democratic politician who served during the 1950s, '60s, and '70s as a United States Representative from Florida.

After graduating from the University of Alabama, he worked in Sarasota, Florida as an accountant.

He served in the Florida House of Representatives during the late 1940s and early 1950s.

He grew up in Jacksonville, Alabama. He died in Sarasota, Florida at the age of eighty-two.

James A. Haley Is A Member Of