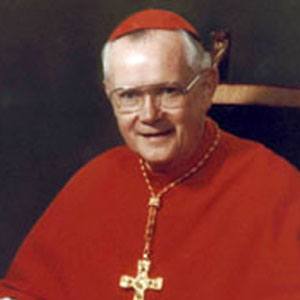 American Cardinal of the Roman Catholic Church who was the Archbishop of Washington, D.C. from 1980 to 2000.

He graduated as valedictorian from Sacred Heart Major Seminary in Detroit in 1942.

He was a vocal opponent against then President Ronald Reagan's policies in El Salvador and believed that military intervention was against the country's best interests.

His father was a dentist who often helped those who couldn't afford dentistry.

He was elevated to the cardinalate by Pope John Paul II in 1988.

James Aloysius Hickey Is A Member Of