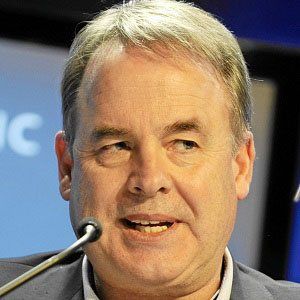 Australian airline executive who was appointed President and CEO of the Abu Dhabi-based airline Etihad Airways in September 2006. He was named Visionary of the Year by CEO Middle East Magazine in 2010 and Aviation Executive of the Year by the CAPA Centre for Aviation in 2012.

He graduated from Ivanhoe Grammar School in 1975 and began his career in the airline business at Ansett Airlines in 1975.

In 2008, he signed off on an order of 205 aircraft worth a total of around $43 billion, one of the largest aircraft orders in history.

He and Cheong Choong Kong are both famous airline executives.

James Hogan Is A Member Of