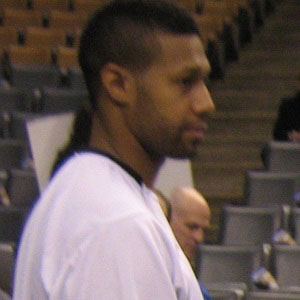 Versatile NBA forward who was drafted 16th overall by the Chicago Bulls in 2009. He played for the Toronto Raptors during the 2011-12 season then spent time with the Sacramento Kings and Memphis Grizzlies before re-joining the Toronto Raptors in 2014.

He averaged 28 points and 9 rebounds per game during his senior season at Cheyenne East High School in Wyoming.

He helped Wake Forest climb all the way up to number one in the nation during his sophomore year.

His father Willie Johnson was a black belt kickboxer.

He joined point guard Mike Conley on the Grizzlies in 2013.

James Johnson Is A Member Of