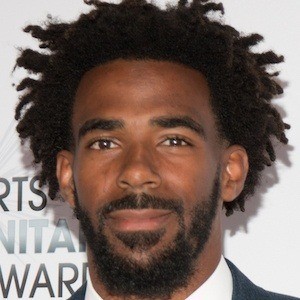 NBA point guard known for his tough defense. He debuted with the Memphis Grizzlies in 2007 and spent his first 12 NBA seasons with the franchise before a 2019 trade sent him to the Utah Jazz.

He played one year of college basketball at Ohio State, taking his team to the NCAA Finals in 2007 where they were defeated by the Florida Gators.

He was a high school and college teammate of notorious NBA flop Greg Oden.

He married Mary Peluso in 2014. He is the son of Mike Conley Sr., an Olympic track and field gold medal winner.

In 2009, he began playing alongside high-scoring big man Zach Randolph for the Memphis Grizzlies.

Mike Conley Jr. Is A Member Of