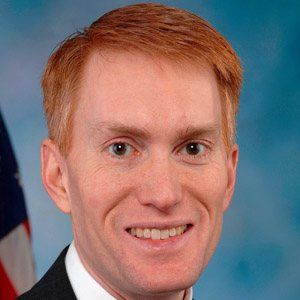 Affiliated with the Republican Party, this American politician served in the United States Congress as a Representative of the fifth congressional district of Oklahoma.

After graduating from the University of Texas at Austin with a degree in secondary education, he earned a Master's of Divinity from the Southwestern Baptist Theological Seminary.

As a member of the House of Representatives, he sponsored the 2013 Taxpayers Right-To-Know Act, which passed in the House in February of 2014.

In early 2014, he announced that he would campaign to fill the U.S. Senate seat of fellow Oklahoma Republican politician Tom Coburn.

James Lankford Is A Member Of