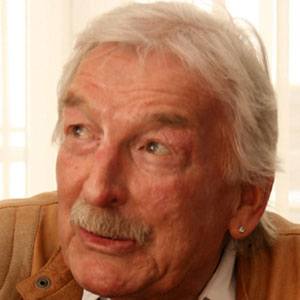 Wildly popular German composer whose albums have sold more than 80 million copies. He is perhaps best known for his 1969 composition "Happy Heart."

His hometown of Bremen came under fire from bomb attacks during World War II.

He received the ECHO prize for Lifetime Achievement in 1994.

He credited his wife and son with helping him to create music.

His composition "Einsamer Hirte" appeared on the soundtrack to Kill Bill: Vol. 1, a film directed by Quentin Tarantino.

James Last Is A Member Of