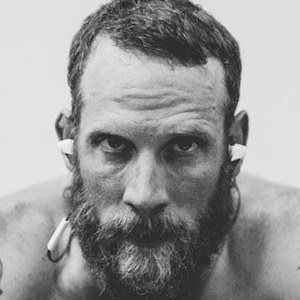 Prolific Ironman athlete and triathlete who goes by the nickname "The Iron Cowboy." He gained widespread renown during the summer of 2015 when he completed 50 Ironmans in all 50 US states in 50 consecutive days. He completed the challenge on July 25, 2015 in Utah.

He began his athletic career during his teen years as a wrestler. His first long distance race he competed in was the Salt Lake City Marathon at age 28.

He set the Guinness World Record for most 140.6 mile Ironman endurance competitions completed in a year at 30 in 2012. In 2015, he created his own Iron Cowboy brand of fitness consultation and personal training.

He and his wife Sunny have five children together.

He and fellow triathlete Chris McCormack both rose to prominence through competing in the Ironman World Championships.

James Lawrence Is A Member Of