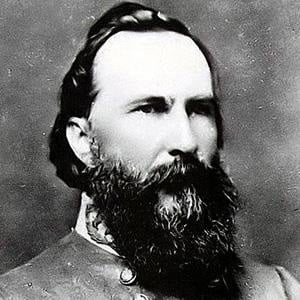 Confederate general who served in the American Civil War. He was affectionately referred to by fellow Confederate General Robert E. Lee as his "Old War Horse."

He attended the United States Military Academy at the same time as George Pickett and Ulysses S. Grant.

He found in the Mexican-American War before the American Civil War broke out.

He married Maria Louisa Garland, the daughter of his regimental commander, in March 1848.

He was well-liked among his classmates and made friends with a number of future Civil War heroes, including Ulysses S. Grant.

James Longstreet Is A Member Of