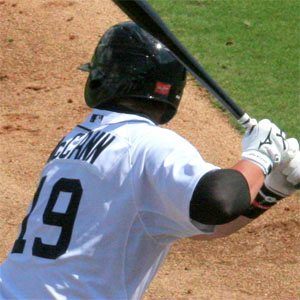 Catcher known for his defensive all-around defensive skills who was drafted by the Detroit Tigers in the second round of the 2011 draft.

In 2011, he played for the United States national baseball team.

He was born in Santa Barbara, California.

Right-handed pitcher Gerrit Cole was the first overall pick of the 2011 draft that McCann was part of.

James McCann Is A Member Of