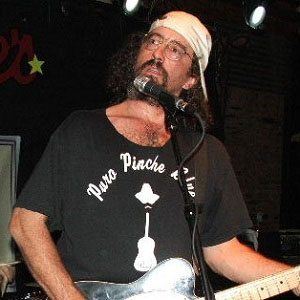 Singer of Americana music who won American Music Awards for Best Album and Best Song in 2006. He is also an occasional actor, appearing in films like Daisy Miller and Slacker 2011.

He grew up in Leesburg, Virginia and worked a number of jobs, including as a bartender and house painter.

He has played in the supergroup Buzzin' Cousins with John Mellencamp.

James McMurtry Is A Member Of