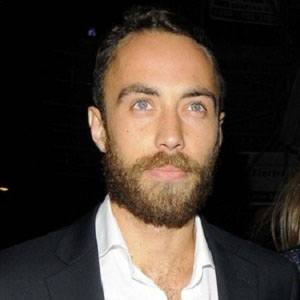 Famous as the younger brother of Kate Middleton, he is also notable for founding and heading a successful baking business called the Cake Kit Company.

On several occasions, he spoke publicly about his struggles with dyslexia.

He was born to parents Michael Francis Middleton and Carole Goldsmith Middleton alongside his two older sisters: Kate and Philippa "Pippa" Middleton. In 2013, he began a relationship with English television host Donna Air. They broke up in 2018.

Middleton read several verses of scripture at the wedding of his elder sister to Prince William.

James William Middleton Is A Member Of