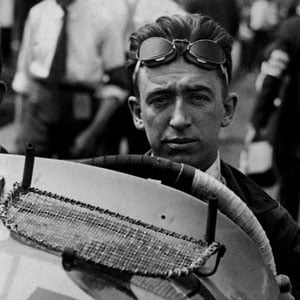 Winner of the 1922 Indianapolis 500 was also the first American driver to win the Grand Prix.

He began as a riding mechanic, back when race cars needed both a driver and a mechanics man.

He won the 1921 French Grand Prix despite some rather serious serious injuries he suffered just week before in a training accident.

His parents, both Irish immigrants, owned a store on Mission Street, behind the family home.

He participated in the 1923 Grand Prix in Italy, grand marshalled by Benito Mussolini.

James Anthony Murphy Is A Member Of