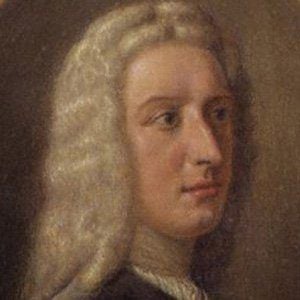 British statesman who's known to have founded the colony of Georgia.

He became a leading humanitarian after becoming a member of the Parliament in 1722.

He persuaded the British Parliament to resettle London's poor and criminals in the New World colony of Georgia.

He was born the son of Sir Theophilus Oglethorpe and Lady Eleanor Oglethorpe. He was married to Elizabeth Oglethorpe.

He paid a visit to John Adams in London when he was the U.S. Ambassador for England.

James Oglethorpe Is A Member Of