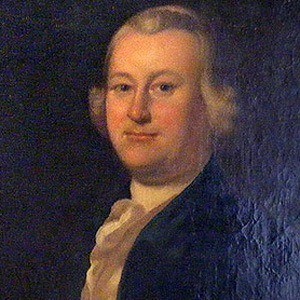 Early advocate of the Patriot views against British injustice that would go on to fuel the flames of the American Revolution.

He graduated from Harvard in 1743 and quickly proceeded to become the top of the Boston legal profession.

He died from being struck by lightning while waiting outside a friend's doorway.

James Otis Jr. Is A Member Of