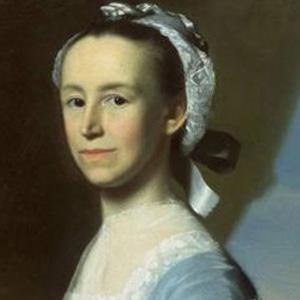 She received no formal education, but studied informally with a tutor who worked for her brothers. From her early adulthood, she moved in influential circles; her friends included John Hancock, Martha and George Washington, Samuel Adams, Patrick Henry, and Thomas Jefferson.

She authored a 1788 pamphlet under the pseudonym of "A Columbian Patriot." In this pamphlet, she called for the inclusion of the Bill of Rights in the Constitution.

She was the third of thirteen children born to Colonel James Otis and Mary Allyne Otis. She married James Warren in 1754; the couple subsequently became parents to five sons.

She and her husband were close friends of Abigail and John Adams.

Mercy Otis Warren Is A Member Of