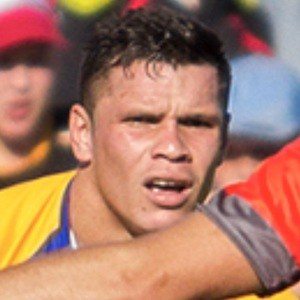 Rugby fullback, centre, and wing who is widely known for his playing career in Australia's National Rugby League. In 2016, he began his time as a representative on the Indigenous All-Star rugby team.

He began his youth career playing for the Ballina Seagulls. He then played for the South Sydney Rabbitohs youth squad from 2010 through 2012.

He was named to the wing for the National Youth Competition rugby league's all-star team in 2011. He made his club debut for the Brisbane Broncos in the 2016 NRL season.

He has played alongside Anthony Milford for the Brisbane Broncos of the NRL.

James Roberts Is A Member Of