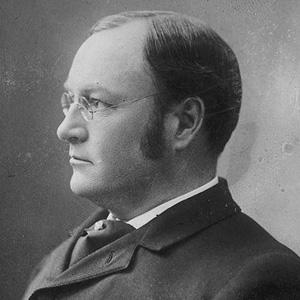 Twenty-seventh Vice President of the United States who was known as Sunny Jim because of his genial personality.

He was a member of the debate team in college and later became a lawyer.

He was the first Vice President to ever fly on a plane and also the first to throw out the ceremonial first pitch at a baseball game.

He married Carrie Babcock in 1881. The couple had three sons together.

He was the Vice President under William Howard Taft.

James Schoolcraft Sherman Is A Member Of