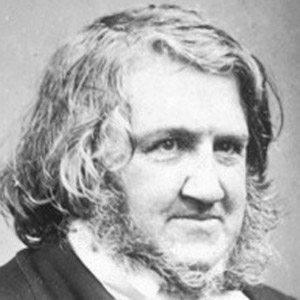 Best remembered for introducing the use of chloroform as anesthesia during medical procedures, this nineteenth-century obstetrician first administered chloroform to a maternity ward patient named Jane Carstairs.

He began studying medicine at the age of fourteen and earned his medical degree from the University of Edinburgh at the age of twenty.

He was a longtime friend of Scottish physicist David Brewster.

He and his six siblings were born to David Simpson and Mary Jarvey.

He and chemist Humphry Davy were among the first to experiment with the medical use of anesthetics (chloroform and nitrous oxide, respectively).

James Young Simpson Is A Member Of