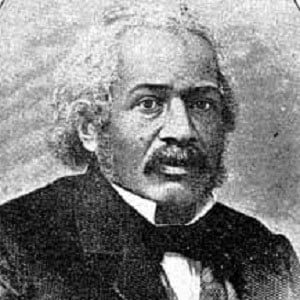 Physician, author and abolitionist who is notable for becoming the first African-American in history to earn a medical degree. He was a member of the American Anti-Slavery Society and used his platform to refute widely-held beliefs about medicine and intelligence in regard to race.

He was a standout student at the African Free School in Manhattan. The school provided him with the means to travel overseas to attend the University of Glasgow, where he obtained his medical degree in 1837.

Despite his vast success in the field of medicine, he was never admitted to the American Medical Association due to racial discrimination.

He and his wife Malvina Barnet were both of mixed African and European ancestry. He had a total of seven children.

James McCune Smith Is A Member Of