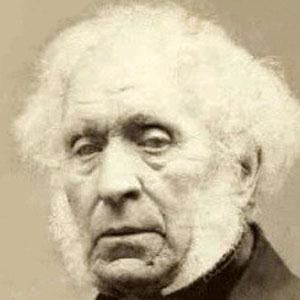 Pioneering physicist remembered for his work in the field of optics. He was a keen inventor, having invented notable devices such as the kaleidoscope and the binocular camera.

He was a Christian minister but only preached from the pulpit once.

He was one of the foremost writers to contribute to the famed Encycloaedia Britannica.

He was married twice and had five children, including a daughter and four sons.

Due to his Christian beliefs, he was a vocal critic of Charles Darwin and the theory of evolution.

David Brewster Is A Member Of