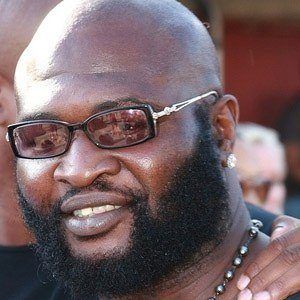 Heavyweight boxer who competed in 6 divisions and won over 100 matches in his career. He defeated Evander Holyfield via ninth round TKO on April 10, 2003.

He competed in the UFC ring and was named Ring Magazine's Fighter of the Year in 1991 and 2003.

He portrayed Joe Frazier in the film Ali alongside Will Smith.

James Toney Is A Member Of