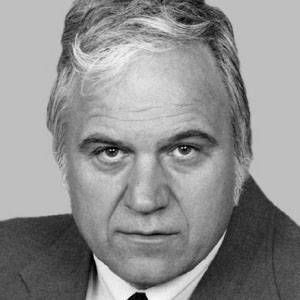 Infamous for being removed from the United States Congress and imprisoned for a series of criminal offenses (including false tax filing and racketeering), this Democratic Party politician represented Ohio's 17th District in the U.S. Congress from 1985 until 2002.

He died following a September, 2014 tractor accident on his Ohio farm.

He grew up in Youngstown, Ohio, as the son of James and Agnes Traficant. His marriage to Patricia Choppa Traficant lasted until his death.

While in Congress, he voted against impeachment proceedings for President Bill Clinton.

James Traficant Is A Member Of