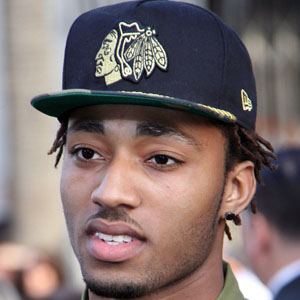 Lefty shooting guard known for his smooth jumper. He was selected 17th overall in the 2014 NBA Draft by the Boston Celtics after spending one season in the NCAA with the Kentucky Wildcats, who he helped lead to the NCAA Championship game in 2014.

He was a 2013 McDonald's All-American after a stellar senior season at Rochester High School in Michigan. He spent his first three years of high school ball at Troy High School.

He was born in Flint, Michigan to Tiplance Vernon and James Young II.

He and Julius Randle were freshman teammates at Kentucky and both players were selected in the first round of the 2014 NBA Draft.

James Young Is A Member Of