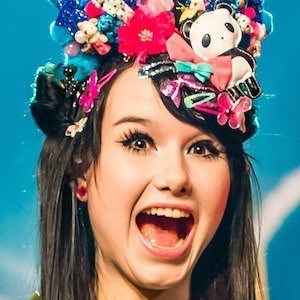 Garnered widespread renown after winning The Voice of Germany's 5th season in 2015. On April 29, 2016, she released her debut full length studio album, Berlin.

She had intended on attending university to study Korean Studies. She successfully auditioned for The Voice of Germany on the October 15, 2015 episode.

She participated as Germany's representative at the 2016 Eurovision Song Contest where she sang her single "Ghost." It went on to peak at #11 on the German Entertainment Charts.

Her father played drums for the German punk band 3Zylinder.

She sang alongside Ami Haddad, who finished in 1st place, at the Eurovision Song Contest in 2016.

Jamie-Lee Kriewitz Is A Member Of