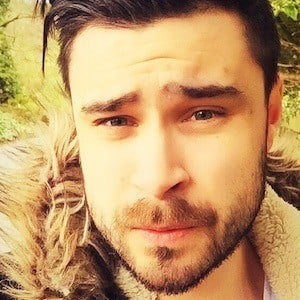 Guitarist for the trio LoudKidz who is also an indie/electronica record producer. The group's single "Derby Day" was chosen as the 2014 Derby Day song by Manchester United.

He wanted to be an archaeologist when he was younger.

The LoudKidz song "The Curry Rap" went viral on YouTube after the website The Lad Bible wrote about it.

He performs alongside singer Chez Davis in LoudKidz.

Jamie Skehan Is A Member Of