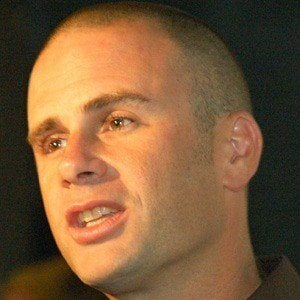 Actor and musician who played the role of Ray Pruit on the television series, Beverly Hills 90210.

He was scouted and given roles for Levi jeans commercials while attending college.

He played the lead role on the Fox series, The Heights and also sang its theme song, How Do You Talk to an Angel.

In the early 1990's he was in a relationship with and briefly engaged to Drew Barrymore. He married Patty Walters in 2002 but the couple separated in 2015 after having three daughters. He has a son from a previous relationship as well.

Shannen Doherty was his costar in the TV show, Beverly Hills, 90210.

Jamie Walters Is A Member Of