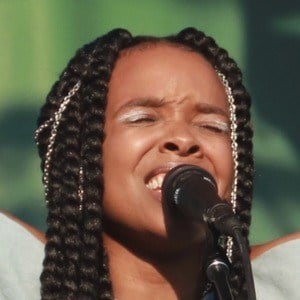 Singer, poet, and teacher known for her single "Blk Girl Soldier" and her collaboration with Chance the Rapper on his song "Sunday Candy. She released her first book of poetry, The Truth About Dolls, in 2012.

She started singing while in church and is a graduate of Brown University.

She grew up in Chicago, Illinois and was influenced by Lucille Clifton and Gwendolyn Brooks.

She was also featured on "White Privilege II" by Macklemore.

Jamila Woods Is A Member Of