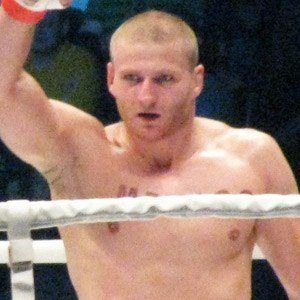 He lost his MMA debut by unanimous decision on February 25, 2007.

He was born in Cieszyn, Poland.

He had a successful championship defense against Houston Alexander at KSW 20 in 2012.

Jan Blachowicz Is A Member Of