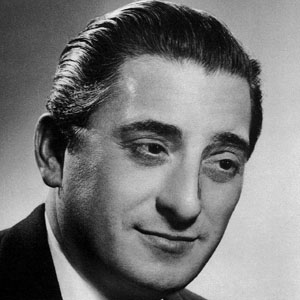 American operatic tenor who performed at venues all over the world in roles like Alfredo in La traviata and Rodolfo in La bohème. He has also performed as a soloist.

His career began when he was hired as a soloist for the Radio City Music Hall when he was twenty-eight.

He appeared on a number of opera recordings, including Verdi's Rigoletto, Bizet's Carmen, and Donizetti's Lucia di Lammermoor.

His big break came when he was discovered by legendary music director Arturo Toscanini of the NBC Symphony Orchestra.

Jan Peerce Is A Member Of