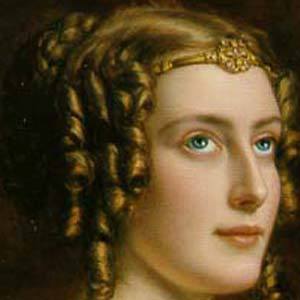 Known as Lady Ellenborough, she was a romantically scandalous English aristocrat. She was considered promiscuous at the time, having four husbands and carrying on affairs with King Ludwig I of Bavaria and his son King Otto of Greece.

She was known for her beauty, having a pretty face and golden hair, and was fluent in nine different languages.

She was married to a sheik of the Mezrab section of the Sba'a in Syria for the last 28 years of her life.

She was married to Edward Law, then Baron Venningen, then Spyridon Theotokis, and then Abdul Midjuel el Mezrab, and was the daughter of Admiral Sir Henry Digby and Lady Jane Elizabeth.

Walter Raleigh and she were both English aristocrats.

Jane Digby Is A Member Of