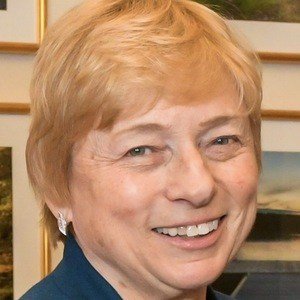 After serving in the Maine Legislature, this Democratic Party politician became Attorney General of Maine.

While serving in the Maine House of Representatives, she was a member of the Appropriations, Criminal Justice, and Judiciary committees.

She acquired five stepchildren through her marriage to Stanley Kuklinski. Her brother, Republican Party politician Peter Mills, served in the Maine Senate.

During her second term as Attorney General of Maine, she served under the gubernatorial administration of Paul LePage.

Janet Mills Is A Member Of