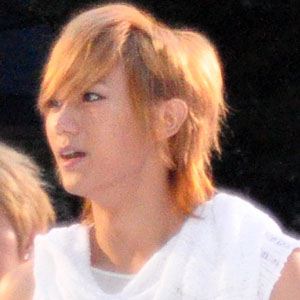 South Korean singer and dancer who became known as a member of the boy band Beast and later as one-half of the duo Trouble Maker. He has also had success as a solo artist with his debut extended play, My.

He auditioned for YG Entertainment in 2004 at the age of 15 but was initially turned down.

He and the rest of Beast members won Artist of the Year at the Melon Music Awards in 2011.

He grew up in Seoul with his younger sister, Jang Geurim. His father died from a heart attack in 2012.

He and 4Minute's Kim Hyuna formed the duo Trouble Maker in December of 2011.

Jang Hyun-seung Is A Member Of