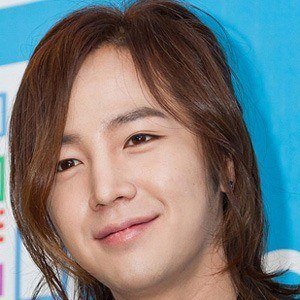 Actor and musician best known for starring in the television series Beethoven Virus. He's also popular for his roles in other notable drama series such as Jackpot, You're Beautiful, Mary Stayed Out All Night, and Pretty Man.

He began acting at the age of 10 on the 1997 sitcom, Selling Happiness, and upon hearing the Japanese pop singer, Ken Hirai decided to start learning the language himself.

He's had success as a singer with his first single "Let Me Cry" debuting at #1 on Japan's Oricon single charts as well as winning him Best New Artist at the 26th Japan Gold Disc Awards.

He was born and raised an only child in Danyang County, South Korea. He started modeling at the age of five.

He co-starred with Im Yoona on the TV series Love Rain.

Jang Keun-Suk Is A Member Of