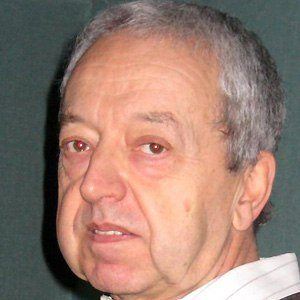 Violinist, composer, arranger and music professor who possessed absolute pitch. In 2012, he received the Kozina Lifetime Achievement Award from the Society of Slovene Composers.

He studied at the Ljubljana Academy of Music and taught at the Academy for Theatre, Radio, Film and Television in Ljubljana. He served as president of the Society of Slovene Composers from 2002 until 2006.

His most popular song was "Planica Slow Motion Theme" from 1997.

His family was residing in Ljubljana when he was born. He fathered a son, Ron Golob, who also became a famous Slovene composer.

He and Giacomo Puccini were both celebrated composers of their respective eras.

Jani Golob Is A Member Of