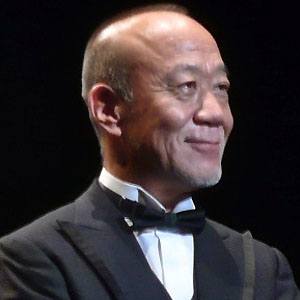 He discovered music early on and received his first violin lesson at age five. He was also a skilled typesetter, author, arranger, and conductor. He studied with Takeo Watanabe, the revered anime composer.

His most fruitful collaboration was with animator Hayao Miyazaki with whom he worked on 'Kiki's Delivery Service' from 1989, 'Porco Rosso' from 1992,' and 'The Wind Rises' from 2013.

He married his girlfriend Ayame Fujisawa and he has a daughter named Mai.

He wrote the soundtrack for "Ponyo" from 2008, which starred Cate Blanchett.

Joe Hisaishi Is A Member Of