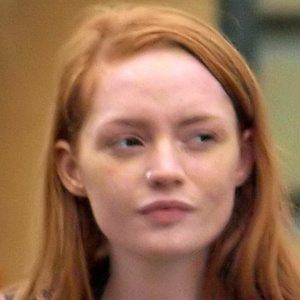 German film and television actress known best for her portrayal of Betti in The Murder Farm. She also appeared in the recurring role Miriam Busch in the television series Midlife Crisis.

Her acting career began as a child in the 1990s appearing in films like The Apothecary and The Wedding.

Beyond her screen work, she starred in the stage production of Witch Hunt at the 2016 Bad Hersfelder Festival.

She was born and raised in Munich, Germany.

In 2009, she starred in the crime drama The Murder Farm, a film directed by Bettina Oberli.

Janina Stopper Is A Member Of