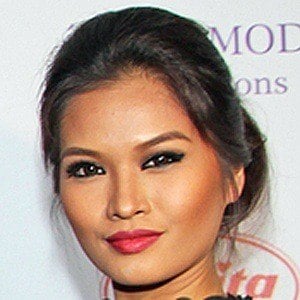 Model and pageant winner who first gained fame as the winner of Binibining Pilipinas 2012. That same year, she represented the nation in the Miss Universe pageant, becoming 1st runner-up.

After completing her pharmacy degree in 2010 at the University of Santo Tomas, she became a licensed pharmacist. That same year, she won the titles of Miss Pharmacy and Miss Thomasian Personality.

A talented dancer, while attending college she was a protege of Ballet School of Manila.

She had a relationship with Jaypee Santos until 2013.

In 2012, she was the runner-up to Miss Universe Olivia Culpo, the United States representative.

Janine Tugonon Is A Member Of