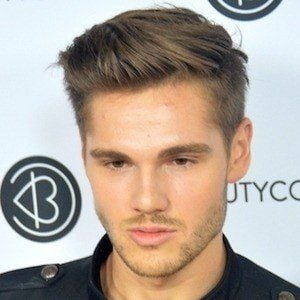 Actor and model who has been featured on the Lifetime show Growing Up Supermodel. He has amassed more than 70,000 followers on his janis_ostojic Instagram account.

He played high level soccer in Belgium before becoming a model.

He suffered from compartment syndrome which cut his soccer career short.

His father has also been a model named JD Ostojic.

He has appeared in Growing Up Supermodel alongside Atiana De La Hoya.

Janis Ostojic Is A Member Of